I was more than eager to sing on that night. It was as if  my spirit had been cut loose and finally released into a landscape which I could totally identify with. I had decided to cover my shoulders with the green shawl I had brought with me from abroad. I knew it would set off wonderfully the rosy skin of my cheeks, the pallid forehead and my curly copper locks. Moreover, the match between its grassy hues and my greenish blue eyes was perfect as it would set my gaze off sparkling like a billion dewdrops. The word is enchanted. I was enchanted with myself, my looks and of course my singing voice – a precious bouquet of rounded vowels and voluptuously rolled alliterations – in contrast with which my spoken tongue was merely a hushed whisper. I knew that the green shawl would suit me marvelously. But I couldn’t guess how it would transport me!
I felt a chill coil around my ankles as I stepped through the heavy doors and made my way down the aisle. The guitarist was patiently waiting for me up front. We had prepared a program with several chanties of different origins - English, French, Italian, Spanish, Russian and Romanian. I especially looked forward to singing the Italian tune, Comme raggio di sol, a song that had always thrilled me as it spoke of how contemplating a beautiful woman was akin to gazing upon a divine essence. But the chill had set in and it would not easily leave my limbs. I only warmed up when I drew close to the electric radiator set up on the stage for us. And then I was free to fully cherish my moment of glory! My green shawl seemed to be working its magic through the audience gathered in the great directory hall of the old National Library of Bucharest. It was early in the winter of 2011 and the Library had removed its ponderous catalog from the hall, leaving the space open to private cultural initiatives such as ours on that evening. 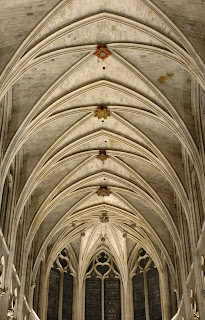 I took a careful look around me, at the vaulting space that surrounded us and felt it strangely familiar. The oblong windows, with light metal frames in a dusky hue, stretched above the solid oak paneling of the walls, between sets of double marble columns which sustained the oval ceiling. The glass panels were opaque with age so that one could very easily imagine the ghostly faces of long-gone library readers curiously peering in at us through them. As we went through our program, it was as if spectral presences of the beings evoked by the songs would eerily pass in through the walls or moodily descend from the ceiling. The audience were holding their breaths as I was wrapping the shawl tightly around me and tossing my curls with an enticing smile. With every new tune I would swirl it differently around my shoulders to evoke the spirit of one nation or another almost unconsciously. We were all sharing the same inescapable space of music and imagination, as if a blue whimsical whale had gulped us down or was only considering our fates.
The evening was drawing to a close or so I imagined. I had one more tune to sing – Ionel Fernic’s lovely romance, Minciuna (The Lie). I had studied this bit for long and had adapted it perfectly to my artistic persona. I would play the perverse ingenue, toss my curls, flutter my eyelids, smile briskly and frown pouting. I had set up my mind to appear absolutely adorable to the people present. What I hadn’t counted on, however,  was that the spirits of the past would be equally entranced with my art!  As I struck the third or fourth measure in our song, the baroque yet crystalline tones of my voice were engulfed by an outburst powerful as a raging storm unleashed into an immense void. I held out my breath for a split second and my public equally froze. Suddenly, the oak paneling that was clasping the walls like a tight armor opened up and exhaled a rank of ghostly passengers that gathered solemnly around me, silently warding me off from the living crowd. Then my voice, shrill with anxiety, left my throat and traveled to the ceiling, making the candelabrum shake slightly. The ghosts looked up determinedly and I felt bound to imitate this movement of their eyes, only to see with horror that the thin crust covering the oval ceiling was slowly coming off and crumbling over the audience.
The ceiling started to swirl slowly as in a sandstorm with a translucent core, through which a bunch of rays soon pierced, of a blue-greenish hue, which appeared to be searching for something. The light moved its rays slowly caressing the frozen faces of the human and ghostly crowd, playing upon their lips and hands with tremulous intensity but soon afterwards it focused on my eyes and bosom and filled me with a cold light that dazzled my mind. I pulled the green shawl high above my head and dashed to the ground in an insane attempt to avoid being totally adsorbed by the chill and brilliance that danced upon me.
Through the velvet cushioning of my green haven I could hear murmurs and soon something  like my very own voice, only boosted by an unearthly, tremendous energy, rising upwards as it was repeating simultaneously all the tunes I had sang on that devilish night. I felt a deep melancholy longing within me as if I was letting go of my childhood and tried to utter a cry. But found that I couldn’t raise my voice above a mere whisper and felt convinced that my singing from now on would be nothing but a remote echo of the marvels I was hearing for the very last time... 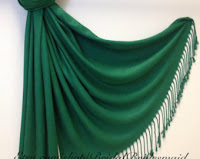